‘Oh Juliet…’:* Dire Straits for the Archives in Kilkenny

Rain, regrettably, failed to stop play as an underpowered Archives/Law Library X were spanked by the iron hand of Mount Juliet on Saturday. The cobbled-together brothers in arms were, ultimately, at least one bowler and perhaps also a batter short as, in perfectly fine weather in spite of a dreadful weather outlook, our hosts raced to 222 off 30 overs, benefitting from a quick outfield.

Although Burgess (our very own sultan of swing) took three wickets, there was no sustained pressure exerted with the ball, as the Director (in particular) and Monaghan (unusually) both proved costly.

The rate slowed a little towards the end as the two set batsmen, each a local hero no doubt, retired and a few more wickets fell: Buckley taking a complicated catch off the bowling of Berry. Kenny – who bounced back from a larruping in his first over to find a line that kept the Mount Juliet batsmen honest thereafter – took his first wicket for the Archives (which seems astonishing given the quality of his bowling). Mount Juliet guest player Laurie took a wicket too: he would have bowled more overs had he not been so modest about his bowling ability at the beginning of the innings.

But was victory so far away? True, 222 was a lot of runs, but why worry: the Barchives™ had the solid rock Budd to open the batting at the scene of at least one previous triumphant knock and with Burgess, Monaghan, Buckley and Bennett to come: surely a match would be made of it? With any luck, Connole (who had fielded manfully) and Berry would be knocking off the winning runs by 6pm.

But the fates – and the weather – had other ideas. The clouds burst, literally and metaphorically: the first over opened with three wide balls. In a just universe, the Barchives would have been 3-0 before facing a single legitimate ball, but Budd swung at the last of the wides only to see the ball plucked athletically out of the air at backward point. Two balls later, Monaghan was gone lbw (harshly in the view of all gathered around the middle) after an appeal that would best be described as quarter-hearted.

2 for 2 off one over. Buckley (22) and Burgess (42) consolidated, but then the forecast rain came. The formerly Namib-dry outfield was now sodden and the necessary fours would not come. Buckley was bowled, playing down the wrong line. Bennett was run out for small change. Après (or, more accurately during) la deluge, moi. It was a bad time for two bespectacled players to be in the middle as the rain teemed down, but for a while it looked like the Director and Burgess might, if nothing else, make a game of things as they rapidly added 30 or so. But then – as so often in the walk of life – disaster struck. “Yes” called Burgess. And the director set off. “No” called Burgess. And the director hesitated. “Yes” called the Director. “Where do you think you are going”, wondered Burgess. And thus was Burgess run out, not at all upset at narrowly missing out on his half-century.

The Director, whose head was done in by the stress of it all, was bowled next ball (for 20) attempting his usual brainless heave at a straight one. Après moi, la déluge (of wickets) as the last 4 or 5 batters departed for little gain. Everyone did add a few runs, but in the soggy, boggy fag-end of the innings it was too little, too late and the Barchives sank, slowly at first and then quickly, to a 100+ run defeat. Only three players made double figures.

A particular thought for the Directorand Burgess, who went big, taking their other halves away for a posh weekend and who may have walked off ruing the weekend as money for nothing. It never rains but it pours.

* It has amused me to pop some Dire Straits song titles in this report, to distract from the magnitude of the defeat. 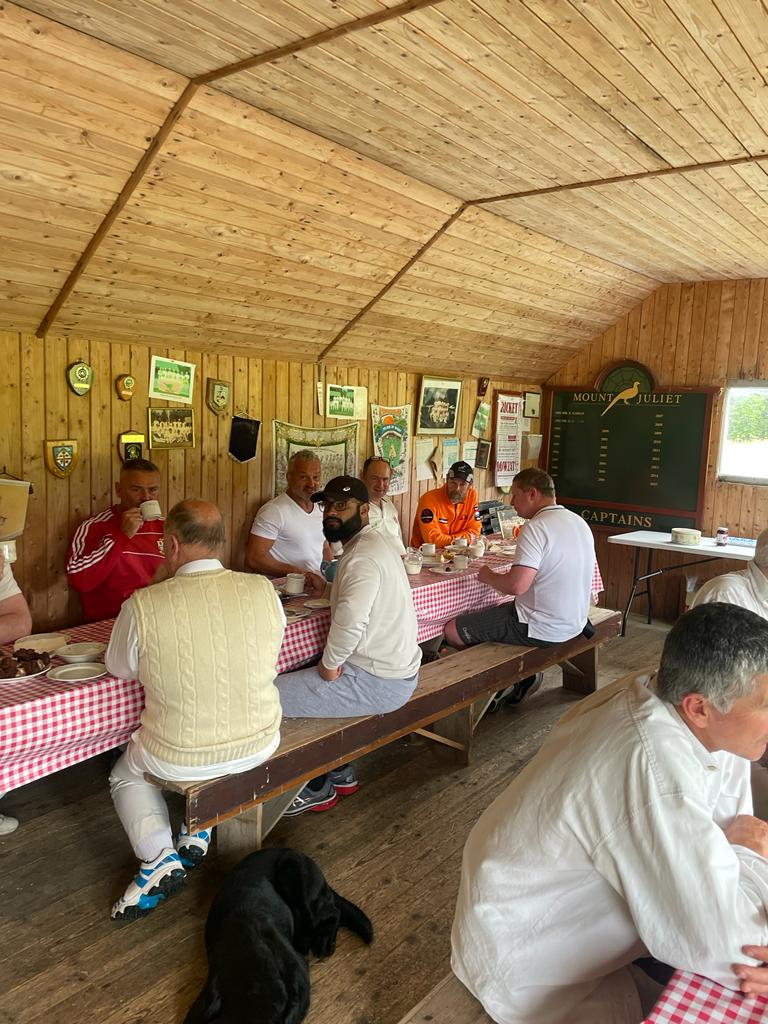 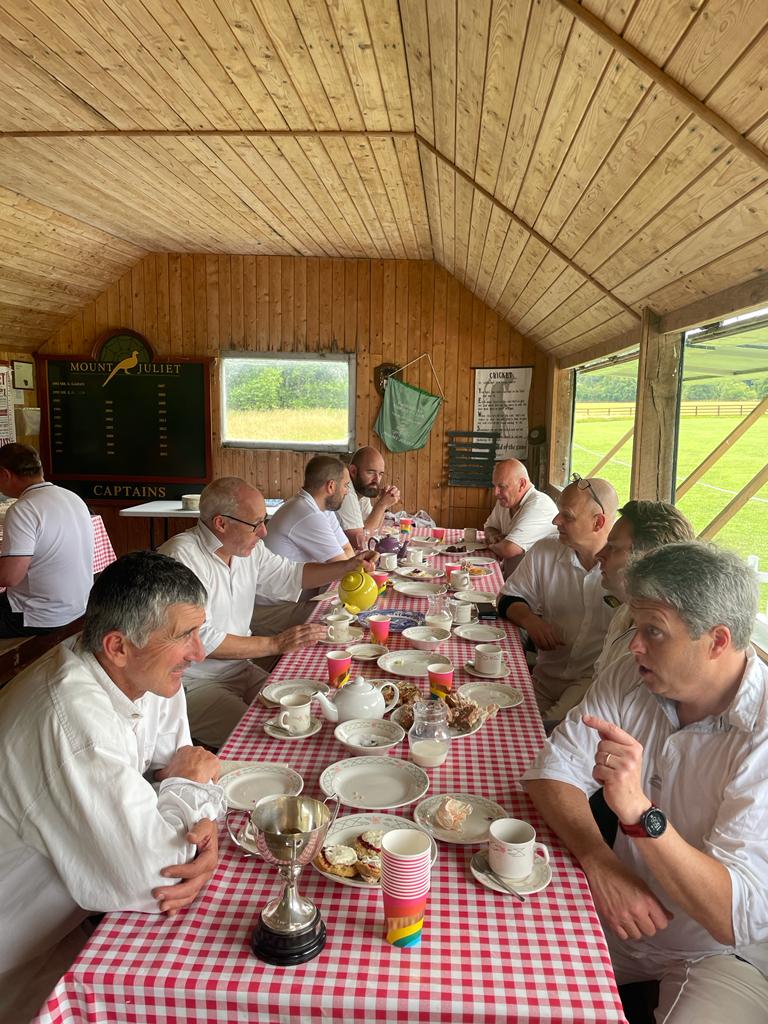